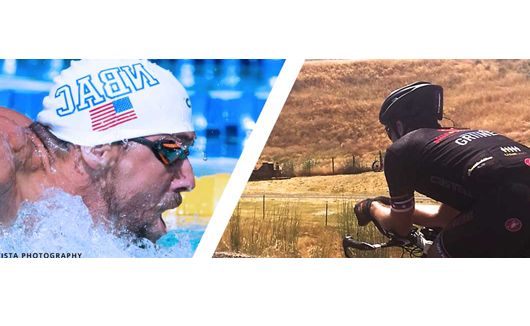 Top-tier athletes are known for the vast quantities of food they need to ingest to maintain their performance levels.

While the above calorie consumption levels are impressive, none of them compare to the number of calories that the media says Michael Phelps ate during his training for the Beijing Olympics. It was a supposed 12,000 Calories per day to fuel his 5 to 6 hours of training. (He has since come out saying he did not eat that much. Let’s just pretend, okay?)

This means that if he had 8 hours of sleep he was consuming an average of 750 calories an hour from when he awoke to bedtime. That is the equivalent to about a double quarter pounder with cheese or large french fries with a medium soda per hour.

It was so newsworthy that Saturday Night Live even parodied it with a sketch about it after Beijing. That amount of calories is hard to imagine for the normal person so below is a picture of competitive eater Furious Pete taking on the Michael Phelps 12,000 Calorie diet challenge. He manages to finish all of this food in under 30 minutes. 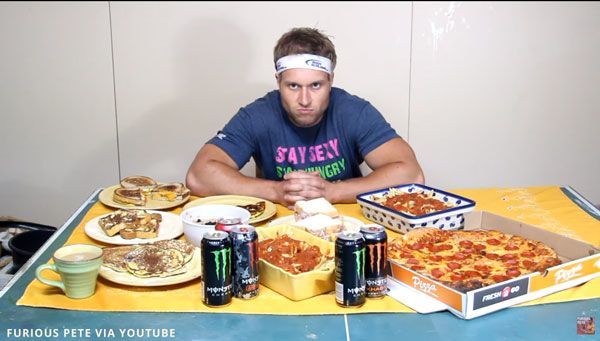 Eating 12,000 calories is quite a feat for anyone, but ultra cyclists match that amount in a 24-hour race easily. If conditions are right they can consume 500 calories or more from carbohydrate drinks and whole foods per hour. What’s nice is that you can train your digestive tract to consume more almost like working out and recovery builds muscle. My clients eat and drink calorie-dense things such as:

They need to eat easy to digest foods with low fiber content to not create excess bowel movements or accelerate fluid loss. The extra fiber may also produce unnecessary gas and cramping, so processed white foods are a perfect way to go for fueling ultra cycling.

Read more from Shane Traughber and the services that Traughber Nutrition offers to athletes here: http://traughbernutrition.com/