Save 20% on some of Santa Cruz Bicycles' most popular models for a limited time! And shop early for the best selection of in-stock bikes!

Now through July 17 you can save 20% on new Santa Cruz Heckler, Nomad, and 5010 models. Each of these bikes are primed for your favorite downhill runs at Spider Mountain and beyond and each features all of the tech and exceptional ride quality you've come to expect from Santa Cruz. 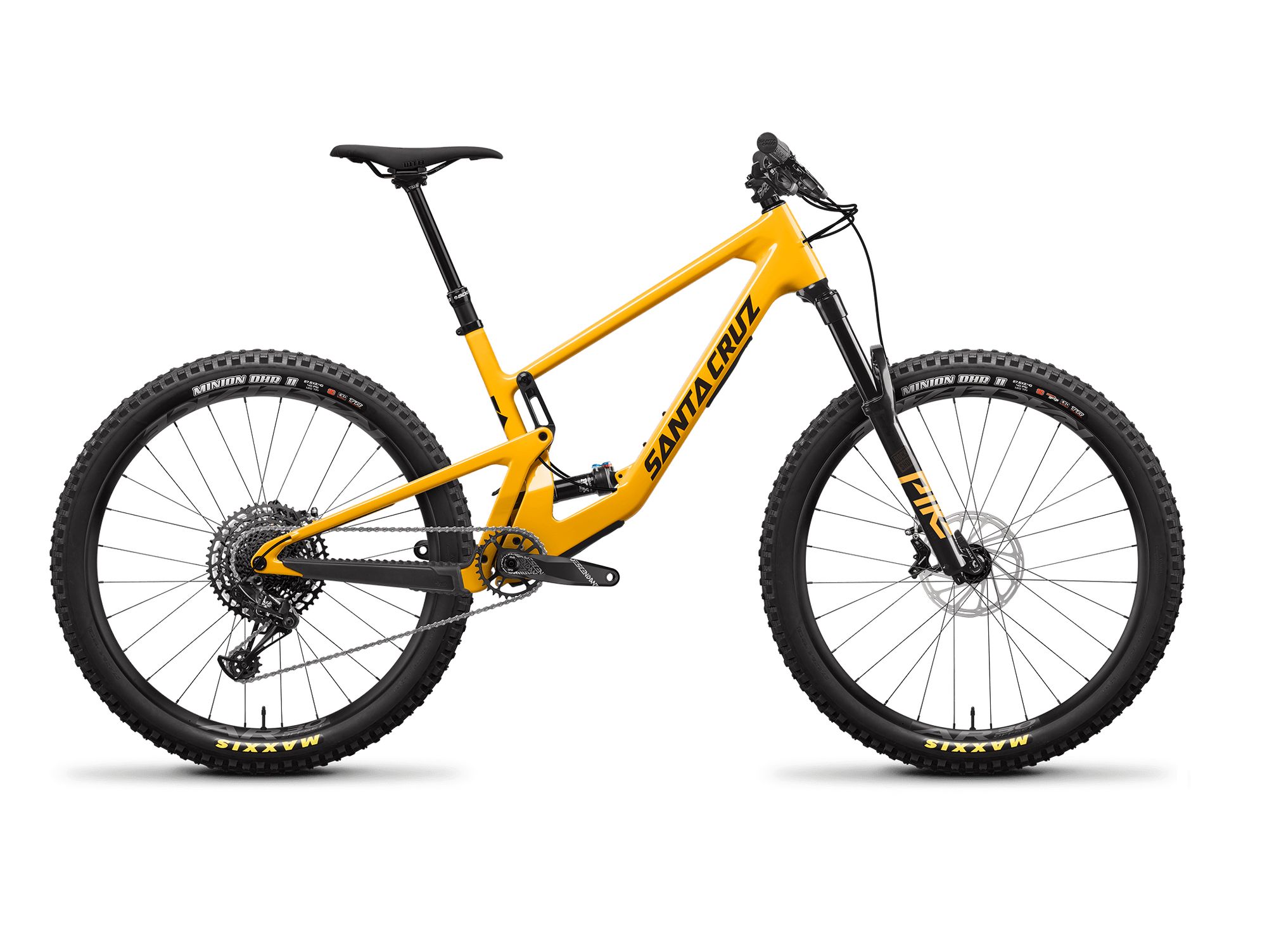 The 5010 with its 27.5" wheel size turns obstacles into features. Its nimble, poppy feel makes even the most mundane rides feel like they're loaded with features to hop, skip, and jump over. It's the kind of bike that makes new trails feel as familiar as the back of your hand.

Smaller wheels provide an ideal balance between toughness and weight saving making them the most fleet-footed whether launching logs or weaving through stumps. The 5010 has become a go-to plaything for progressive riders the world over.

It also is a bike that goes harder than its vital stats may suggest. A 140mm-travel fork is paired with 130mm at the rear, the lower-link VPP™ configuration of which leaves you feeling there’s a lot more travel at hand. And you can choose how out of hand you want to get, as this pocket rocket fits all sizes and types of rear shocks. The relatively slack head angle makes it predictable to steer, the relatively low BB height turns like it's on tracks, and the short chainstays make this plaything easy to pick up and throw around. Overall, the geometry is tailored so frame size is matched to size specific chainstay lengths. Combined with super-low standover heights and it makes it feel (almost) like that BMX you had as a kid. The 5010’s balance and poise can turn any rider from cautious neophyte into a fully fledged flyer. 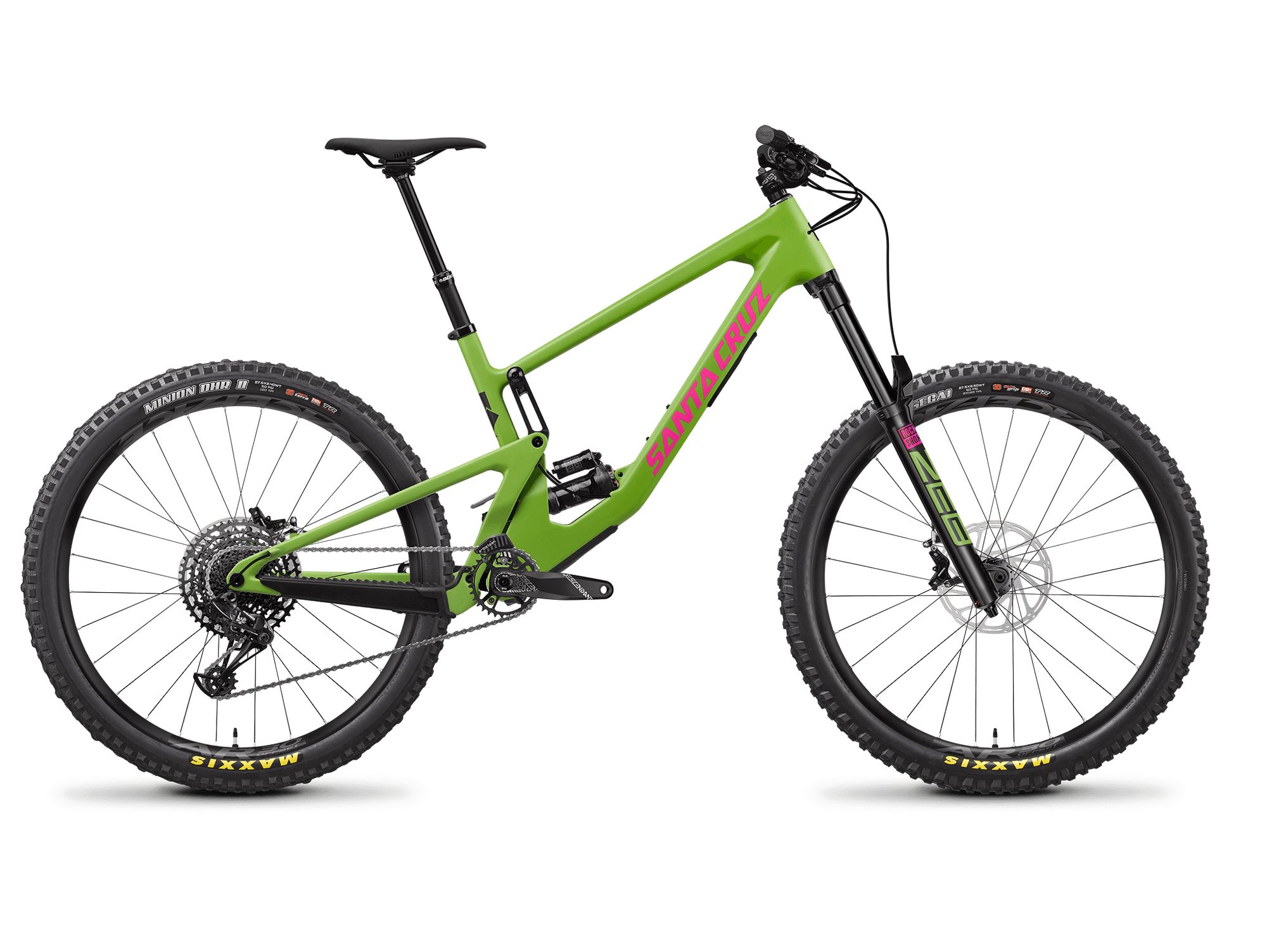 Probably the most abused bike in Santa Cruz's line up, every Nomad has a story to tell. But each Nomad keeps coming back for more. It's not Stockholm Syndrome, it's called sealed bearings in all pivots, a lower link grease port, shuttle guards and free bearing replacements. Why scrap a frame when a simple bearing service can make one last a lifetime? That's our stance on sustainability at least, and it's why Santa Cruz's carbon fiber doesn’t just mean lighter, it means tough as hell backed up by a lifetime warranty and crash replacement support.

There’s no time for puzzling when on a road trip either. That's why 27.5 wheels are the go-to for the widest variety of riding styles and rider sizes. When peeling your bike out of the van at a new spot your only question should be “Is this a full face or a half lid kinda ride?” The 64-degree head angle and 77-degree seat angle puts you in the sweet spot when winching up to the top of a big drop in. Meanwhile proportional chainstay lengths mean handling is never compromised, regardless of frame size.

And when we say big travel, we're not talking about your Transit's odometer. We're talking 170mm of 38mm diameter fork and 170mm of VPP rear suspension compatible with both coil and air shocks. The details are completed by a neat mud flap to protect the rear shock, plus tidy cable routing within the frame and swingarm, and rubberized DT protectors to shrug off strikes. 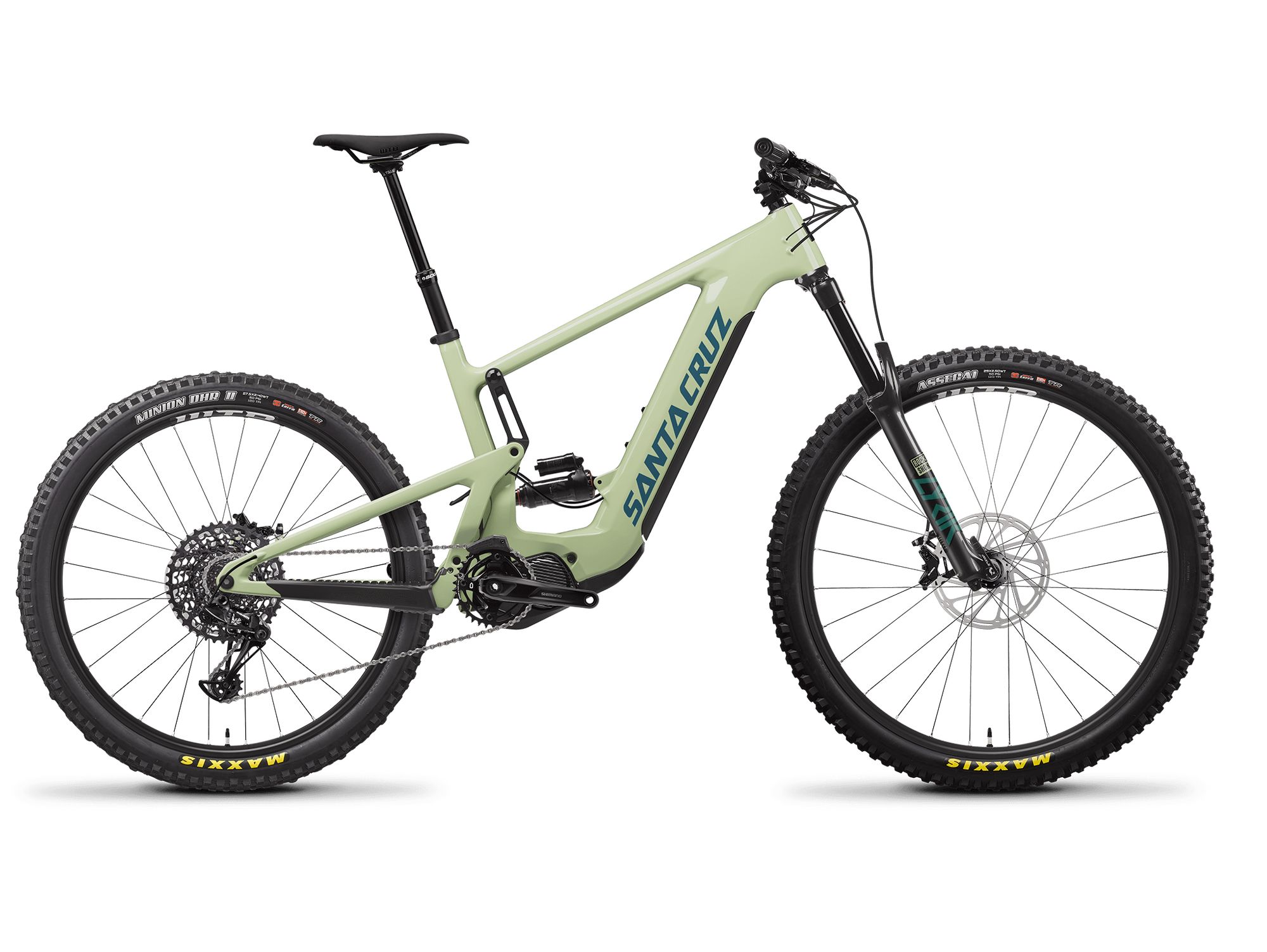 Danny MacAskill just doesn't stop talking about ebikes. He's infatuated with them. In fact, the only time he's not chewing someone's ear off about how good they are is when he's riding them. And when he's riding an ebike he rides and rides and rides. Which is partly the newest Heckler can go further, higher, faster and be funner.

The latest generation of the Heckler has a larger interchangeable battery (720wh up from 504wh), which allows riders to expand their own trail map - accessing previously unreachable trails, unlocking less-used trails and cramming more into less time.

The new Heckler has both mixed or dual 29-inch wheel size options. Wheel size isn't the only option for riders. There's a full size range of both from medium to XXL, with the small size frame having dual 27.5 wheels. Two levels of carbon (Santa Cruz's own C and CC blends) open up the range of options for build kits.

The thing that sets Santa Cruz ebikes apart from the pack is the on-trail manners of the bike. They sweat the carbon layup and frame design so it's tough enough to handle the sheer quantity of riding ebikes allow. There's no corners cut in the componentry so your only concern is not getting lost rather than being stuck with a mechanical. The geometry has been honed from a lot of testing and feedback in order to make the ride fun whether going up or down. And finally, the legendary VPP suspension has been tuned precisely for ebike use. 150mm rear travel (with 160mm travel fork up front) seems to be the sweet spot for a bike intended to tame big trails on big days, with slightly less anti-squat to give it glue-like traction on the climbs you'll be testing yourself on.