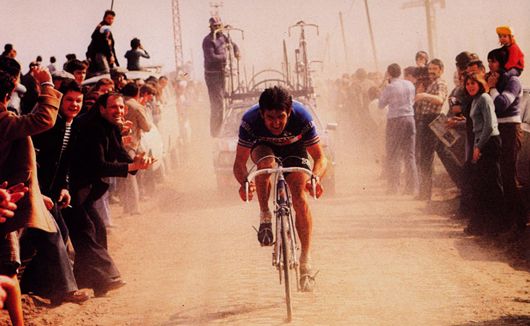 With classics season looming and Cross World Championships this weekend, we thought we’d talk a bit about one of the baddest, most charming, most talented, best looking dudes to ever ride a bike.

This is a Belgian who was only interested in soccer, right up until the time that his older brother, Erik, became a pro rider. Whether it was his competitive spirit, or something entirely else, Roger immediately picked up his bike and said, “Yeah, that sounds good. I think I’ll be a professional cyclist too.”

During his first amateur road racing season in 1965, Roger only managed to win one race.

During his second season, he won 25 times.

“Look at him go,” the neighbors now cooed.

By this point the neighbors were sick to death of the De Vlaemincks.

“They go away for a weekend, and when they come back they’re Kings of the World!?” 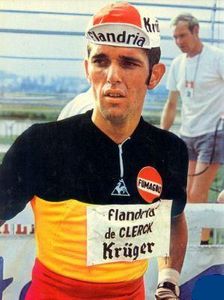 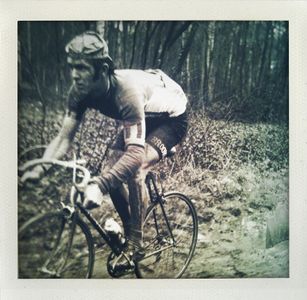 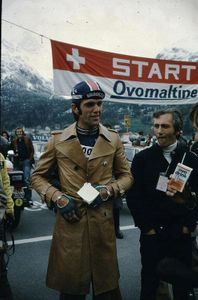 By next season, Roger had signed with Flandria-Declerck and began his professional career. During this fifteen year span he racked up a mind boggling 257 victories.

But what Roger De Vlaeminck became known for, was his domination of the “Classics.” These are the early spring one day races that feature horrible weather, trying road conditions and obscene distances. Unlike grand tours, that sometimes seem more math than passion, these one day races give riders one chance to win. You either keep up with the wheel in front of you, or lose.

De Vlaeminck’s world class bike handling skills, built upon years of cyclocross, helped him to successfully navigate the cobbles of Roubaix, the climbs of the Koppenberg and the descents of the Poggio. In fact, he is one of only three riders to win all five monuments of cycling (Milan – San Remo, Tour of Flanders, Paris–Roubaix, Liège–Bastogne–Liège, and the Giro di Lombardia). And one of only two riders to win Paris-Roubaix four times. 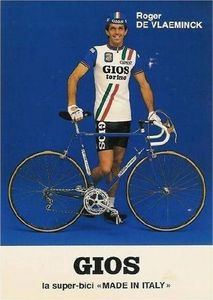 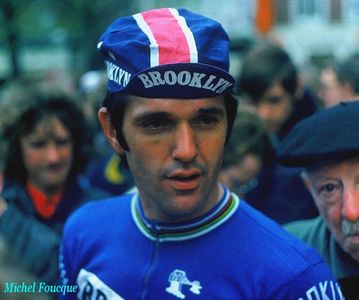 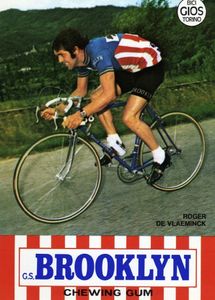 During the course of his career, De Vlaeminck raced the 160 miles and 27(ish) cobbled sections of Roubaix 14 times. With the exception of 1980, when he flatted out, his worst finish was seventh. Just like the best Poker players in the world, he proved that racing the cobbles wasn’t about “Luck”. “Luck” was something that people who didn’t know how to handle a bike needed.

De Vlaeminck’s directeur sportif, Franco Cribouri, famously stated the following about Roger and his mastery of the Roubaix cobbles:

"He had an amazing feel for this race, rolling over stones as if he were on asphalt. The evening of Paris–Roubaix, we threw out all of the wheels except those belonging to Roger, which were still serviceable. In fact, they were like new."

Oh, and he was World Cyclocross Champ in 1975 as well. I think Roger just figured, “What the hell. I’d better just win this cause Erik keeps holding his Rainbow Jerseys over my head. Every time we go to dinner at his house he has to point them out.”

And we have even talked about his swagger. My God, the way he wore a cycling cap. 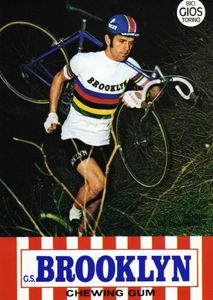 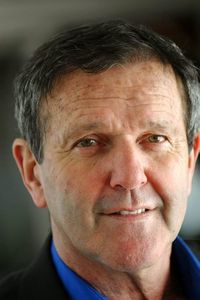 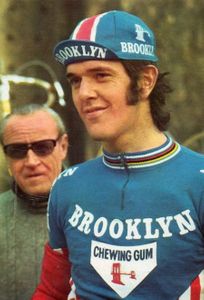