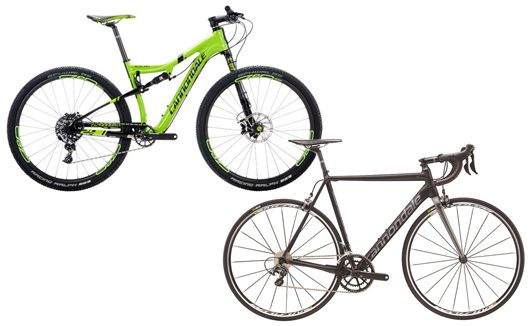 Cannondale Delivers On and Off Road

To say the least, we are completely blown away by our Cannondale bikes. Their innovation, performance, wide range of models and price points continue to surprise us and make us very, very happy. Two models in particular are making noise here and all over the world. 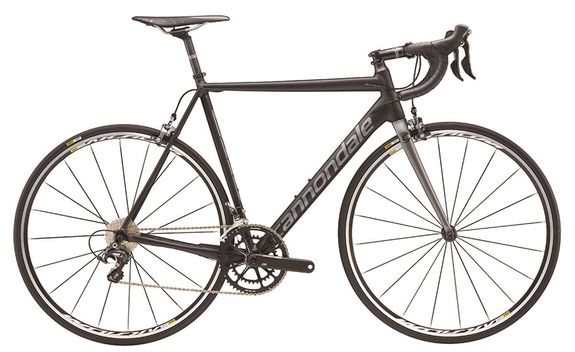 The CAAD12 is an aluminum marvel. The one we are showing here is the Ultegra model that's a stunning $2240. This is a real race bike at an affordable. price. Cannondale first made its name with aluminum bikes, and they still rule that segment with innovations in tube thickness, tapers, and welding to make stiff, light, fast bikes. Many of Cannondale's aluminum bikes weigh in lighter that other brands' carbon. The CAAD12 wowed the media, earning rave reviews everywhere. Come into the shop and take a ride. You'll be as impressed as we are.

"Cannondale's awesome CAAD12, is a showcase that great design and simply superb all around ability needn't cost the earth." -CYCLING PLUS (April 2016)

"The aluminum CAAD line has long been one of our favorite bikes, combining performance and low cost. This one is the most impressive iteration yet" - Men's Journal (2016 Summer Buyer's Guide)

"One of the best-riding aluminium frames money can buy – and great value as well" -ROAD.CC (March 2016)

"The CAAD12 Disc does a magical job of shielding you from the road at both ends, with a front that's still stiff enough that it allows you to wallop the bike in all-out efforts and sprints" -BICYCLING (October 2015) 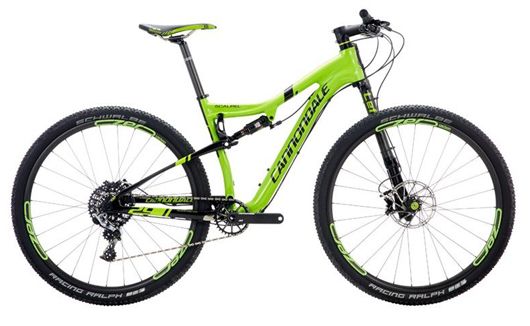 The Scalpel is a trail shredding race machine. With Cannondale's System Integration in play, designing the frame, fork and key components together as a system delivers weight and stiffness numbers our competitors can only dream of. The Ballistec Carbon delivers light weight with perfectly tuned stiffness and remarkable strength. Have you ridden a Lefty? Cannondale shocked the world with their breakthrough fork. Lefty’s insane stiffness, unwavering smoothness and ultra-lightweight gives you the control and precision needed to nail any line in any terrain. The Scalpel line ranges from $3200-$6930.